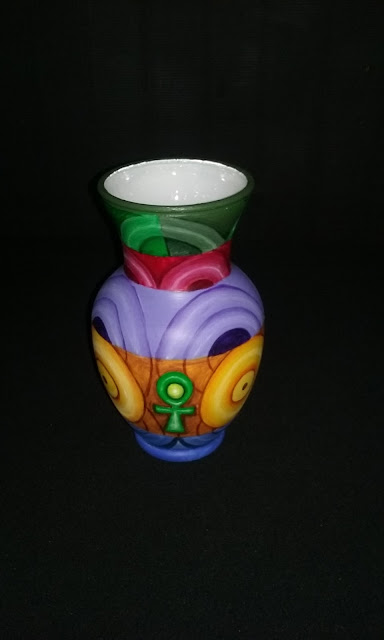 "Life II" by artist Arthur L Dawson
Posted by Arthur L. Dawson at 10:08 AM No comments:

Many contemporary artists respond to instances of police brutality, racism, xenophobia, and homophobia through their creative practices. In the wake of the recent attack on the LGBT community in Orlando, for instance, the art community rallied around the victims. Pioneer Works in Brooklyn held a vigil concert.Terence Koh recited the names of the Orlando victims in a meditative performance at Andrew Edlin gallery. Hank Willis Thomas posted a photo on his Instagram of an enormous flag he’d made featuring some 13,000 stars—one for every victim of gun violence in the U.S. in 2015.
As new political movements like Black Lives Matter have gained influence in recent years, social practice has risen in stature and popularity in the art world. This has contributed to the hypervisibility of cultures that have, for a long time, operated along the margins—consider how integral the work of Theaster Gates has become to at risk communities in the South Side of Chicago, or how Project Row Houses by Rick Lowe, taking inspiration from Joseph Beuys, has helped revitalize a section of Houston’s Third Ward. But there is a new wave of contemporary work influenced by racial injustices, one that has arisen in the last two years and is decidedly more sensational, predominantly focusing on pain and trauma inflicted upon the black body. Artists have made systemic racism look sexy; galleries have made it desirable for collectors. It has, in other words, gonemainstream. With this paradoxical commercial focus, political art that responds to issues surrounding race is in danger of becoming mere spectacle, a provocation marketed for consumption, rather than a catalyst for social change.
Too often, I wonder if artists responding to Black Lives Matter are doing so because they truly are concerned about black lives, or if they simply recognize the financial and critical benefits that go along with creating work around these subjects. The year 2015 was a watershed in the new art responding to racism, arriving just after two separate grand juries failed to indict police officers who killed unarmed black men—Michael Brown in Missouri and Eric Garner in New York. Another shattering incident was the death of Freddie Gray in Baltimore, who mysteriously died while in custody, en route to a local police station. Artists responded to these events in different ways. At the Venice Biennale, Adam Pendleton covered the walls of the Belgian Pavilion with large panels that read BLACK LIVES MATTER. Robert Longo made a hyperrealist charcoal drawing of the heavily armed Ferguson, Missouri police, which was later purchased by the Broad museum in Los Angeles. Photographer Devin Allen—who was, in fact, protesting while documenting (or vice-versa) the 2015 Baltimore protests in response to Gray’s death—captured a profound image of the Black Lives Matter movement that ended up in Time magazine.
There were, however, two artists—both white—inspired by Brown who stand out in particular for their unsettling crudeness. In March 2015, Kenneth Goldsmith gave a public performance in which he read aloud Brown’s autopsy report, with slight edits to the text, during a conference at Brown University. A few months later, Ti-Rock Moore, a New Orleans-based artist, exhibited a realistic life-size sculpture of Brown’s body, lying face down, recreating the moment after he was killed, taking his last few breaths before dying. Both of these pieces sparked wide-ranging criticism, but resulted in few repercussions for the artists. Goldsmith was later profiled rather glowingly in the New Yorker. And even after Brown’s father shared his disgust about Moore’s lifelike sculpture of his son, the work remained on view in a Chicago art gallery. The artist then unapologetically admitted that she creates her so-called socially relevant work for profit in an interview withPelican Bomb. “My art is expensive to make. I am very far in the hole, and it has gotten to the point that I must start making money to be able to make more art,” Moore said.
This is lewd voyeurism masquerading as empathy. Moore’s case is even worse for being sanctioned by a commercial gallery. (Her sculpture of Brown was not for sale, as Moore told the Chicago Tribune, but other works—including one that depicts the Confederate flag—did sell.) The platform that makes space for a sculpture of a black corpse by a white woman only further perpetuates the exploitation of black traumatic experiences. This co-optation is a general concern for artists interested in the new wave of social activism and racial justice. In a 2015 interview with Milk, the performance artist Clifford Owens said:

I know that it [Black Lives Matter Movement] is important but my concern is that the movement is an image. It’s about a representation of blackness and I don’t know if that’s enough. I don’t know if black American artists are doing enough because what I see some Black American artists do is use the image of #BlackLivesMatter to promote their own interests. Some have even made commodity out of the movement.