Leslie Guy is the new chief curator at The DuSable Museum of African American History, 740 E. 56th Pl.
By SAM RAPPAPORTStaff Writer
The DuSable Museum of African American History, 740 E. 56th Pl., appointed Leslie Guy as its new chief curator.
Guy, who began working at DuSable Jan. 15, is the curator of the museum’s latest exhibit “The DuSable Masterworks Collection – Series 1: Paintings.” The exhibit opens Feb. 9 in the Masterworks Gallery.
“I’m delighted to welcome Leslie to DuSable and to Chicago,” DuSable Museum President and CEO Perri Irmer said. “Leslie’s dynamic and innovative approach to the arts is perfectly aligned with my forward-looking and collaborative vision for DuSable. I am so delighted that she is part of our leadership team.”
Prior to her position at DuSable, Guy served as the director of curatorial services for the African American Museum of Philadelphia. Her curated shows included “Legendary,” a photographic exhibit celebrating the ball culture of African American, Latino, gay and transgender communities as well as “Badass Art Man,” a collection of artwork by Danny Simmons, the brother of Russell Simmons and one of the most recognized collectors of African American art in the country.
In 1995, Guy became the first African American woman in the United States to earn a master’s in science degree in art conservation. The University of Delaware graduate said the politics behind preservation efforts drew her to the degree.
“I was troubled by the lack of African American representation in collections and the lack of resources dedicated to the preservation of African American artifacts,” Guys said.
Guy, who has described her style of curating as hyperlocal, but global in scope and viewpoint, said “Chicago is a really dynamic city with a strong African American tradition and really strong history, especially when it comes to art.”
Guy said, “My vision for DuSable is to really tell the stories that highlight the city’s rich history and the ties between contemporary stories such as Black Lives Matter.
She said the Black Lives Matter movement is an example of present day harkening back in time.
“The devaluation of black lives has been consistent throughout our history,” Guy said. “Today, as in the past, we view this conversation through an artistic as well as a historic lens. The story might look different but it’s the same.”
Posted by Arthur L. Dawson at 2:24 PM No comments: 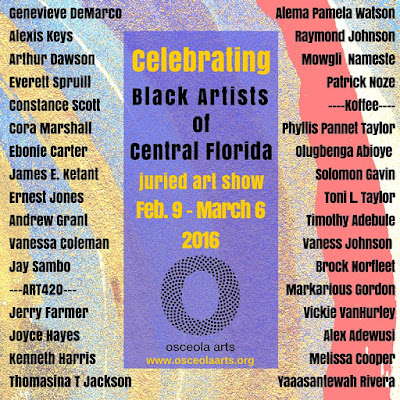 Posted by Arthur L. Dawson at 7:42 PM No comments: