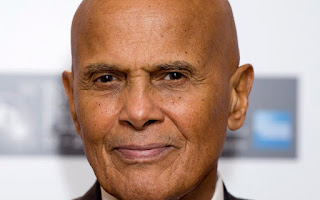 As African-Americans achieve fame in the arts, their obligation to help the community grows ever stronger—and so far, that obligation is not being fulfilled. By Harry Belafonte

Legendary actor and singer Harry Belafonte has never met a social cause he couldn’t fight or a question he wouldn’t answer. After decades of fighting social injustices around the world, Belafonte clearly believes he’s earned the right to say whatever whenever he wants. History books will surely document the popular actor’s significant contribution to the civil-rights movement, during which he marched and fought side by side with good friend and confidant Dr. Martin Luther King Jr. Belafonte was so devoted to the late civil-rights leader that he financially supported the King family long after King was assassinated. The popular actor’s commitment to ending suffering and abuse around the world has continued well into his later years and so has his critique of those who he feels have done far too little.

Recently, the 85-year-old song-and-dance man turned his civic-obligation meter toward the popular celebrity couple Beyoncé and Jay-Z. On their own, both the singer and rapper are arguably two of the best-known entertainers around the world and, with little doubt, two of the most successful African-American entertainers on the planet. Forbes named them the highest-paid couple of the year just last month.

When asked recently about African-American artists and social responsibility he saw little reason to bite his tongue. In an interview with The Hollywood Reporter last month, Belafonte was quoted saying this: “I think one of the greatest abuses of this modern time is that we have had such high-profile artists, powerful celebrities. But they have turned their back on social responsibility. That goes for Jay-Z and Beyoncé, for example. Give me Bruce Springsteen, and now you’re talking. I really think he is black.”

Belafonte’s strong words didn’t sit well with one half of the dynamic duo known as Beyoncé and Jay-Z. Shortly after the comments hit the Internet, Beyoncé’s camp sent an email to The Wall Street Journal offering an “abbreviated list of the unselfish work Beyoncé has done and continues to do.” The list included her $100,000 donation to the survivors of Hurricane Ike in 2008 and her performance in MTV’s Hope for Haiti Benefit. She also donated generously to that relief fund as well. But Belafonte isn’t backing down and in a letter written for The Daily Beast to all artists—but in particular African-American artists—the icon explains exactly why to whom much is given, much is required. “

Artists are the gatekeepers of truth. We are civilization’s anchor. We are the compass for humanity’s conscience.”

Sitting in a tiny theater in the basement of the Schomburg Library in Harlem in 1946, Paul Robeson, one of the great men of the 20th century, delivered these words to a group of young aspiring African-American actors. I was one of them. Most of us in the group had served in the war that had just ended. Very little from the victory of World War II rewarded the majority of black Americans who served in that conflict. In its aftermath, the continued denial of our human rights, the alarming number of black veterans being murdered in America, and the escalation of oppressive laws prohibited participation in the democratic affairs of our nation, setting the stage for the social upheavals that ensued.

In the years that followed, Robeson would pay a terrible price for his commitment to our struggle. Those of us who loved and respected him would become the beneficiaries of his courage and sacrifice.

African-Americans have had little other than the arts to inform us about the truth of our history and the treasures of our legacy. Our ability to survive the cruelty of centuries of oppression is nourished through the stories we inherited from our gatekeepers. The songs and tales of heroism and dignity handed down to us from our truth tellers guide us in our continuing pursuit of the American Dream.


The merchants of art, the controllers of systems, are first and foremost merchants. For them, art is a commodity and artists are measured not so much by the content of their creations but by the price they bring in the marketplace. If their offering challenges the myths and distortions about black existence and threatens the status quo, most artists learn soon enough that they’re hired to entertain, not to jolt consciousness. No room for message. There are exceptions but so minimal are they that the power of those whose intention is to suffocate truth and stifle change obscures the existence of the exceptions.


Today these architects of the new empire have learned much from their mentors. No need to reveal themselves in shiny black boots and large banners with huge swastikas. All that is needed is to play the chord of the greatest of human flaws…greed. It is the destruction of our moral compass and, at a terrible cost, we accommodate. Unbridled capitalism is the mantra and we sing its song. Everything and everyone is becoming a commodity, and we struggle with the burden of its consequence. Art and artists have become its pitchmen. We adorn its most vulgar demands. We glorify greed, we honor violence, and we make heroes of the slaughterer. To raise a voice against this destruction is a costly adventure. Yet hope springs eternal. Great empires have come and gone, and now our unraveling has begun. While we self-destruct, we continue our arrogant dance with greed.


At a recent film festival in Locarno, Switzerland, I was asked by the press if I thought that the world was better off today than during the civil-rights revolution of the ‘50s and ‘60s. I responded by saying that there was little doubt that our movement changed the world, as we knew it. Dr. King and the nonviolence revolution altered the global landscape. I told them that in the goals we set for ourselves in our movement, we never lost a battle. Martin Luther King Jr. knew and revered the artist. Even as he enriched our legacy with his own storytelling, he knew and believed that the service rendered by artists was critical to our movement and, among other things, would inspire while filling the well of knowledge needed for the children of generations to come.


As history has evolved, our individual and collective indifference to the vast suffering of our fellow beings is, for me, unconscionable.


The press interviews lingered awhile on questions of artists and activism, and in responding to inquiries I, at one point, identified some of the artists I most admired as activists. Danny Glover, Sean Penn, Mike Farrell, Susan Sarandon, Alfre Woodard, to name but a few. But then the exchange began to focus specifically on high-profile African-American artists. Because they sit at the top of the list, I was asked in particular about Jay-Z and Beyoncé. I made the point that the absence of high-profile blacks in the political struggle concerning the issues of race, poverty, and the disenfranchisement of the poor is disappointingly evident. From the highest pinnacles of Wall Street to the kings and queens of entertainment, to the gods and goddesses of sports, never before at these levels have we boasted such large numbers of black participants. All this at the same time black America is condemned to be the harvest of the largest prison population on the face of the earth, the most destroyed by the diseases of poverty, the most undereducated, the most diminished for lack of self-worth and the most punished by the prejudices of an unworthy justice system. The list goes on.


I have no animus for those who are touched by such heights of fame. I was one of them. But as history has evolved, our individual and collective indifference to the vast suffering of our fellow beings is, for me, unconscionable. The gift of art is a gift of opportunity to change the landscape. Artists can do remarkable things.


Robeson entertained us by inspiring us as all great artists do. With 21st-century technology, we can now reach the farthest regions of human habitation and through our art learn to love the quality and abundance of our diversity. Artists are the gatekeepers of truth and we should keep open its gates forever.
Posted by Arthur L. Dawson at 9:00 AM