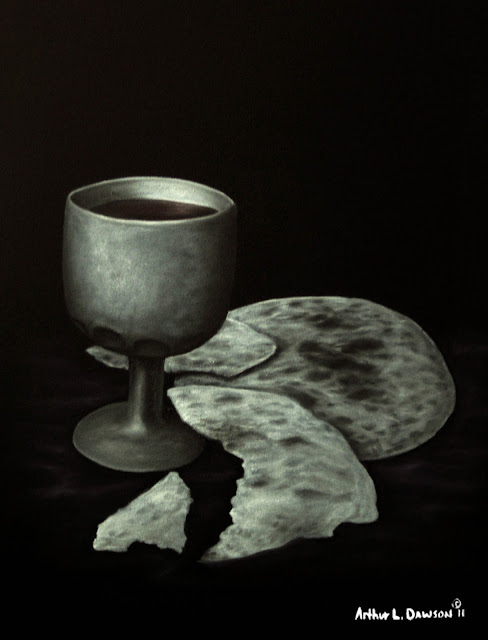 From the "Resurrection" series
Posted by Arthur L. Dawson at 4:36 PM No comments: Clare McAndrewwww.paulmccarthyphotography.com.
29. Clare McAndrew, cultural economist and founder of the Arts Economics consulting firm, creator of the annual TEFAF market report (see Clare McAndrew Explains How She Prepares the TEFAF Art Market Report)While personal taste seems central to purchasing art, many buyers are very reluctant to rely on their own. The “superstar phenomenon" we are seeing in the art market, where works of a narrow group of artists achieve extraordinarily high prices, is being driven in part by risk reducing techniques and the pervasive desire to “consume as others are consuming". Many new collectors will only purchase well-recognized works or those by famous artists, essentially relying on the preferences already established by previously successful buyers, hence reducing the risks of relying on their own taste. Collectively, this tends to reinforce the position of successful artists while letting other lesser known, but equally talented, artists go unnoticed. This (along with scarcity) is why some prices are so high, rather than necessarily a difference in quality. You do not need to be a millionaire to access high quality but you do need to put a bit of time and effort into your own research or gaining access to some objective advice.
Posted by Arthur L. Dawson at 1:24 PM No comments:

Swann Auction Galleries in New York will hold a sale of work from the art collection of Maya Angelou, the celebrated poet who passed away last year. The sale, which will be held September 15, includes 43 works from Angelou’s private collection, “much of which has never been publicly exhibited,” according to the auction house.
Among the works are a quilt by Faith Ringgold, commissioned by Oprah Winfrey for Angelou’s birthday in 1989, estimated to sell for $150,000 to $250,000. A 1962 painting by John Biggers, estimated at $100,000 to $150,000, is also included in the sale.
Posted by Arthur L. Dawson at 12:04 PM No comments:

TEN BIDDERS VIED FOR A NEW PAINTING by Mark Bradford at Sotheby’s Contemporary Art Evening Auction on May 12. The sale price for “Smear” was ultimately $4,394,000 (including fees), a record for the Los Angeles-based artist, according to Sotheby’s and Iris Index. A brilliant nexus of color, technique and materials executed in 2015, the mixed media canvas is an excellent example of Bradford’s signature approach to abstraction.

A brilliant nexus of color, technique and materials executed in 2015, the mixed media canvas is an excellent example of Bradford’s signature approach to abstraction.

It was a full auction week in New York with day and evening contemporary sales at Christie’s, Sotheby’s and Phillips. At Christie’s, Pablo Picasso’s “Les Femmes d’Alger (Version ‘O’)” shattered expectations when it sold for $179.4 million (including fees) on May 11, the highest price ever recorded for a work of art at auction, the company said.
Seven artists broke records at the Sotheby’s sale, including Bradford, who donated “Smear” to the auction with the proceeds benefitting the Museum of Contemporary Art (MOCA) in Los Angeles. Bradford, who founded Art + Practice, an arts and education foundation near his Leimert Park studio last year, was also elected to the board of MOCA LA in 2014.
A special “Artists for MOCA” catalog was produced featuring works by Bradford and several other artists whose lots raised funds for the Los Angeles museum
Sotheby’s describes the Bradford work thus:
“‘Smear’ courses with a stunning vitality that evinces the complex evolution of its phenomenally variegated surface. While the noun form of “smear,” a horizontal drag of a substance across a surface, seems to be evoked by the eponymous work’s composition, the painstaking technicality of its execution belies the connotations of ungoverned abandon that accompany ‘smear’ as a verb.

“‘Smear’ courses with a stunning vitality that evinces the complex evolution of its phenomenally variegated surface.”

“Instead, ‘Smear’ is the direct result of a protracted method of collage and décollage that transforms Bradford’s canvas from simply an arena in which to orchestrate an aesthetic arrangement into a highly constructed, autonomous object. Like trenches running through the artist’s formulated landscape, the repeated series of horizontal and vertical demarcations of pictorial space convey Bradford’s methodical physicality, their edges projecting outwards from the canvas ground, conferring a striking three-dimensionality to the surface.”
Three other African American artists were also featured in the Sotheby’s evening auction of 63 works: Glenn Ligon (Lot 26), David Hammons (Lots 23 and 40), and the late Jean-Michel Basquiat (Lots 27, 41 and 42).
Bradford’s painting was the first lot in the sale. Estimated to sell for $600,000-$700,000, “Smear” garnered more than six times the anticipated price reaching nearly $4.4 million (including fees). Bradford’s previous record was set a few months ago, in February 2015, when his 2013 painting “Biting the Book” sold at Phillips in London for $3.87 million. CT
BOOKSHELF
A wealth of scholarship on Mark Bradford’s work has been published over the past several years. In 2010, “Mark Bradford: Merchant Posters”

from the Wexner Center for the Arts, which accompanied his first major survey exhibition, were released. “Mark Bradford: Through Darkest America by Truck and Tank”

(June 2015), a new forthcoming volume, captures his latest work exploring “the body and the performance of identity.”

Installation view of “Scream,” 2015 (mixed-media and collage on canvas) by Mark Bradford.
Posted by Arthur L. Dawson at 11:35 AM No comments:

Theaster Gates bought the former bank for $1 in 2013

The artist Theaster Gates plans to open a major new cultural venue in a 1920s building, formerly a bank, on Chicago’s South Side during the inaugural Chicago Architecture Biennial (3 October-3 January 2016). The Stony Island Arts Bank will “offer both an international platform for contemporary art and a cultural space for the local community”, the organisers of the biennial say. The City of Chicago sold the site to Gates for $1 in 2013 and the space has been refurbished by the artist’s non-profit Rebuild Foundation.
Posted by Arthur L. Dawson at 6:58 AM No comments: 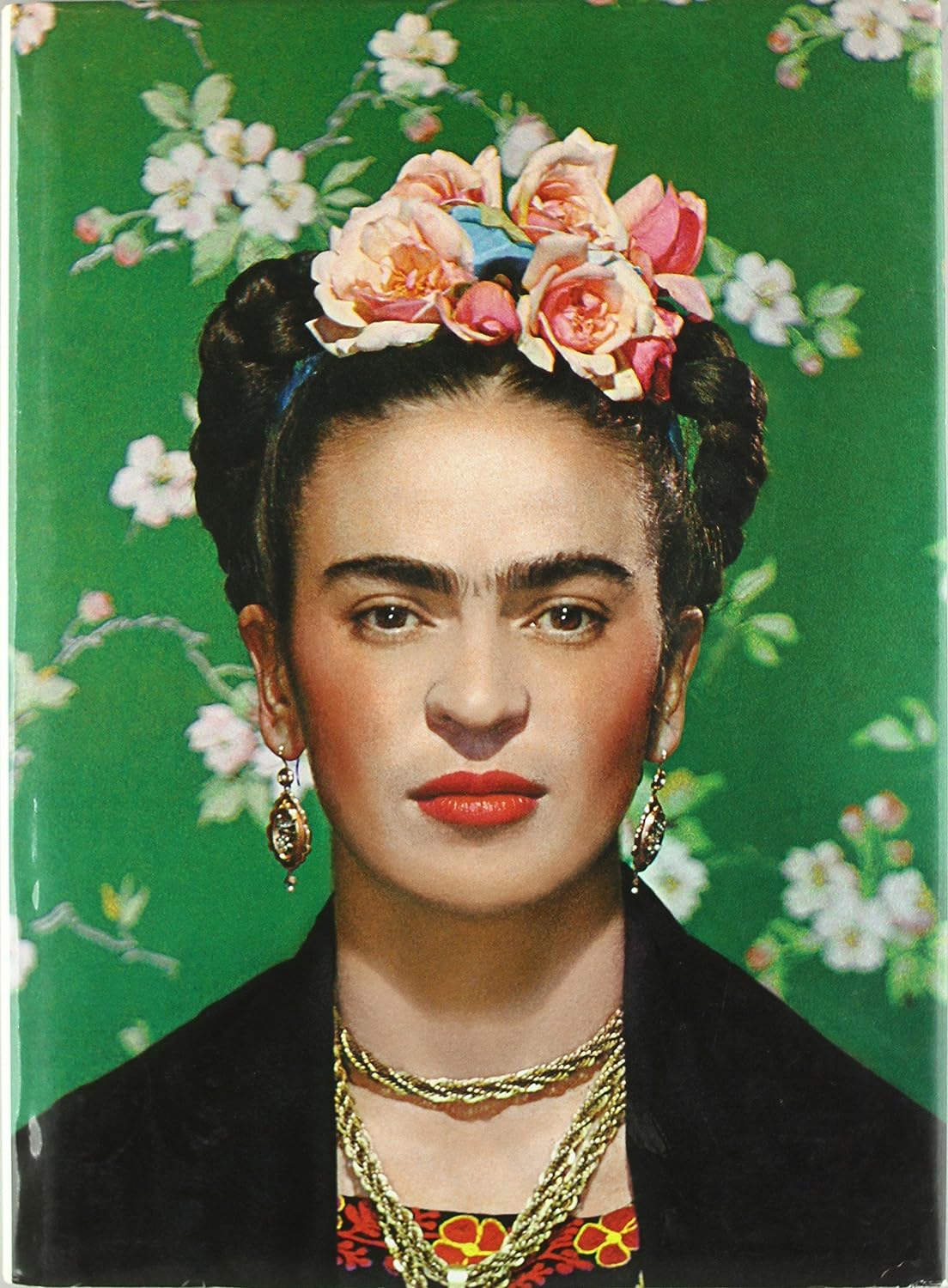 Frida Kahlo was so much more than her unibrow. A famous artist, Diego Rivera's wife was also a fashion icon. Without her, music festivals would be without flower crowns, mini skirts would always prevail over maxi skirts, capes would just be for superheros, and corsets remained in the archive. Interestingly enough, most of her sartorial savvy was just that. She had polio as a kid and later in life was injured in a bus accident, both leaving her impaired. Kahlo used clothes, such as full skirts, stacked boots, and long gloves to conceal her body's imperfections. "She had a tremendous self-confidence. She was convinced that what she wore displayed who she was inside," Alejandro Lopez, the art restorer of her home, told the Associated Press. And while her artifacts could be seen at the Frida Kahlo Museum, some belongings were locked away by Rivera following her death in 1954. Placed in a bathroom at "The Blue House" in Mexico City, he demanded the door with her stuff inside remain locked until 15 years after his own passing. The room remained shut until 2004 and at that time photographer Ishiuchi Miyako was given the opportunity to shoot its contents. The images, which will be on display throughout May in London, capture around 300 unseen relics from a pair of cat eye sunglasses to a Tehuana dress.
Posted by Arthur L. Dawson at 12:10 PM No comments: