Adolf Weinmüller’s annotated books, including the names of consigners and buyers, are made available to provenance researchers

By Julia Michalska. Web only
Published online: 29 May 2014

A sale at the Munich auction house Weinmüller in October 1954. Photo: Peter Keetman, ©F.C. Gundlach Foundation
The annotated catalogues of the Nazi-era auction house Weinmüller were released online this week on the database lostart.de. The 93 volumes detail the sales made between 1936 and 1945 by Adolf Weinmüller, whose auction house flourished during the Second World War thanks to the forced sale of Jewish collectors’ personal property and the liquidation of Jewish art dealerships.
During this period, Weinmüller organised 33 auctions in Munich and 18 in Vienna, putting around 34,500 objects up for sale. The annotations in the catalogues include the names of consigners and buyers as well as the prices paid for the works. After the war, Weinmüller told the Monuments Men, a group of Allied officers who worked to track down Europe’s looted art, that these documents had been destroyed.
Weinmüller began his career as an art dealer in Munich in 1921, joining the Nazi party in 1931. He was closely connected to the Reichs Chamber for Fine Art, a body that supervised the suppression of Jewish dealers in the art trade. In 1936, Weinmüller bought the leading Munich auction house Hugo Helbing, when Helbing lost his trading license; two years later, after Austria’s annexation by Germany, he took over the Viennese auction house Samuel Kende.
Weinmüller’s clients included Adolf Hitler’s private secretary Martin Bormann. Weinmüller continued his business after the war ended, but sold his auction house to Rudolf Neumeister in 1958 under financial hardship.
The catalogues were discovered in a steel locker last year by a Neumeister employee. On 1 March this year, Katrin Stoll, the director of the Neumeister auction house, made a deal with the Zentral Institut für Kunstgeschichte (the central institute for art history) to lend them the catalogues. The names of the buyers have not been made public, but can be requested from the institute.
Posted by Arthur L. Dawson at 7:54 AM No comments:

By Black Art in America

Maya Angelou – Art From Her People, Art for the World
by Dr. Michael Simanga
Maya Angelou’s transition to one of our ancestors today leaves us again with a profound sense of loss and also another critical moment to reflect.  The loss is monumental because she was a giant amongst the public figures that have impacted art, culture and politics for the past 60 years.  The moment to reflect is important because we must not think only about what she gave us but also what she should expect from us.
Dr. Angelou was a multi-discipline artist who created as a writer, singer, composer, dancer, actress, poet, director.  Her best known works were her popular poetry and the stunning memoirs filled with the beauty of African American life and the terror of violence against girls and women and racist violence against her community.  She spoke with honesty and empathy that revealed a deep spiritual quality that became known world- wide as the voice of someone who believed in the good of humanity and the necessary work of human beings to allow that good to be revealed.  She was an artist of conscience who spoke often and eloquently through her art and speeches against injustice, violence and oppression.   The potency of her art, the reason it resonates so powerfully is because she developed her incredible talent to the highest level of skill and craft but most importantly because of the depth of the content.  Her work came from digging way down into the language and customs, the food and the dance, the music and the nuances of black life.  She was a highly educated woman who never stopped learning and who understood that her mission, her sacred mission was to serve her people with the great gifts she was given and the knowledge she aquired.
Maya Angelou was an early advocate for the unity and liberation of Africa and the Diaspora.  She promoted African and African American culture, holding it up as an equal to the cultures of the world.  Mother Maya, walked this earth like a queen, regal and adorned with the self confidence that comes from knowing you are a descendant of people who could not be defeated.  Her poems and stories, her speeches and conversations were soaked in that knowledge.  She knew that even if it took 500 years or 1000 years, we will be a free people.  She also understood that complacency and self hatred don’t lead to acts of resistance and courage.  Faith and love, self love and the undying believe in our humanity were the lessons she taught us.  She spoke to us as a divine voice, reminding us, pushing us, pulling us to love ourselves and others.  You cannot experience her art and life without feeling that divine voice, rich and full of laughter, scolding us when necessary, challenging us always to be the better us, the higher us, the great us.
Too often with our revered sheroes and heroes we allow them to be airbrushed into pretty icons of irrelevancy.  We fall into worshiping the polished image, the part that shines in public, the awards and accolades that get pasted on school posters.  But Maya Angelou must be remembered as a champion of our right to be full human beings.  Like other artists of her generation, she took great risks to stand with our people and oppressed people everywhere in the fight for justice.  She was a friend, supporter and contemporary of both Malcolm X and Martin Luther King.  She stood on picket lines and raised money for human rights causes.  Her weapon of choice was the truth and she wielded it in poems and books, plays and music, education and a relentless demand that we be treated as human beings and that all human beings rise up and defeat the forces of violence and racism, sexism and oppression, war and poverty.  And while her favored weapons were artistic, she was also willing to put on some marching shoes.
And now, while we grapple with our sorrow and the fact that we must face the world without her steady guidance, we have to also face ourselves and ask if we are willing to speak the truth, to take the risk, to stand with courage like hers and transform this world.
Posted by Arthur L. Dawson at 9:29 PM No comments:

Book Signing at The Jenkins House... 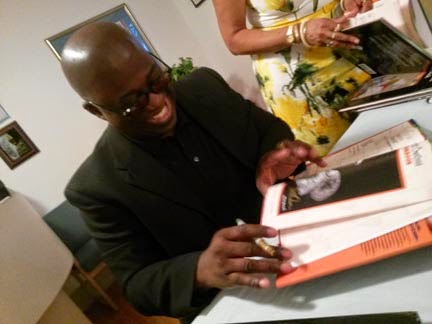 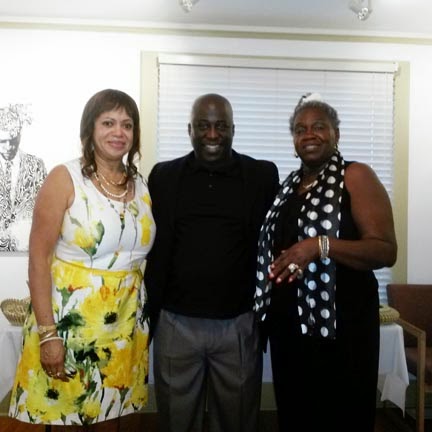 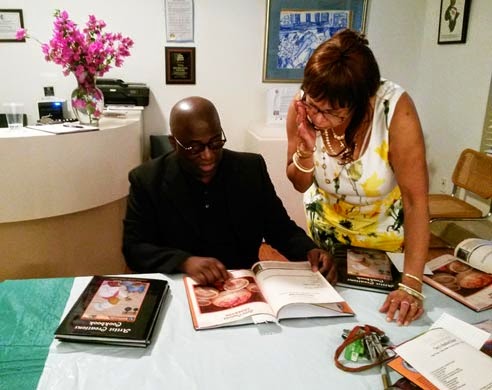 Posted by Arthur L. Dawson at 8:28 PM No comments:

ArtistShowcase of the Palm Beaches 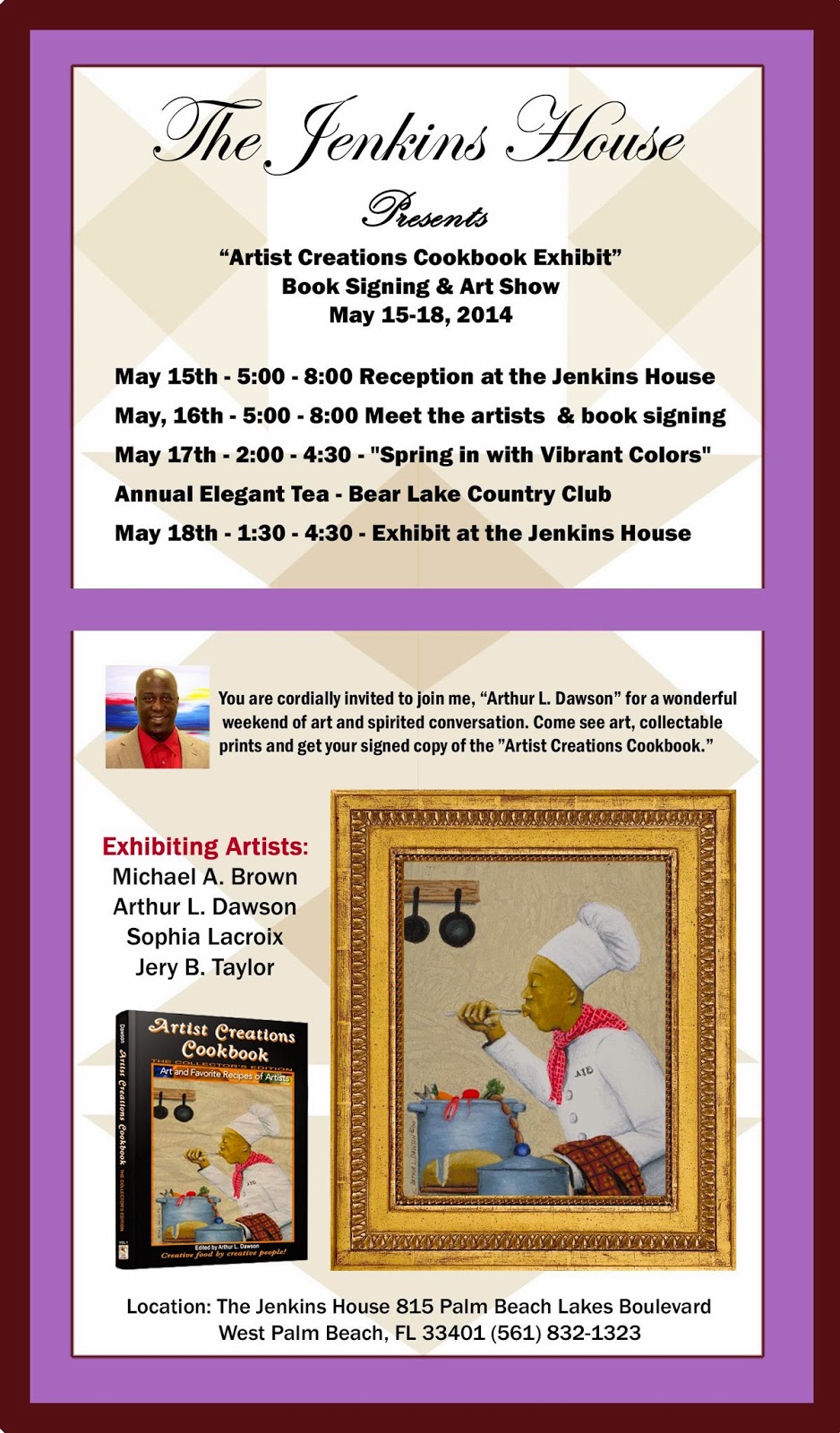 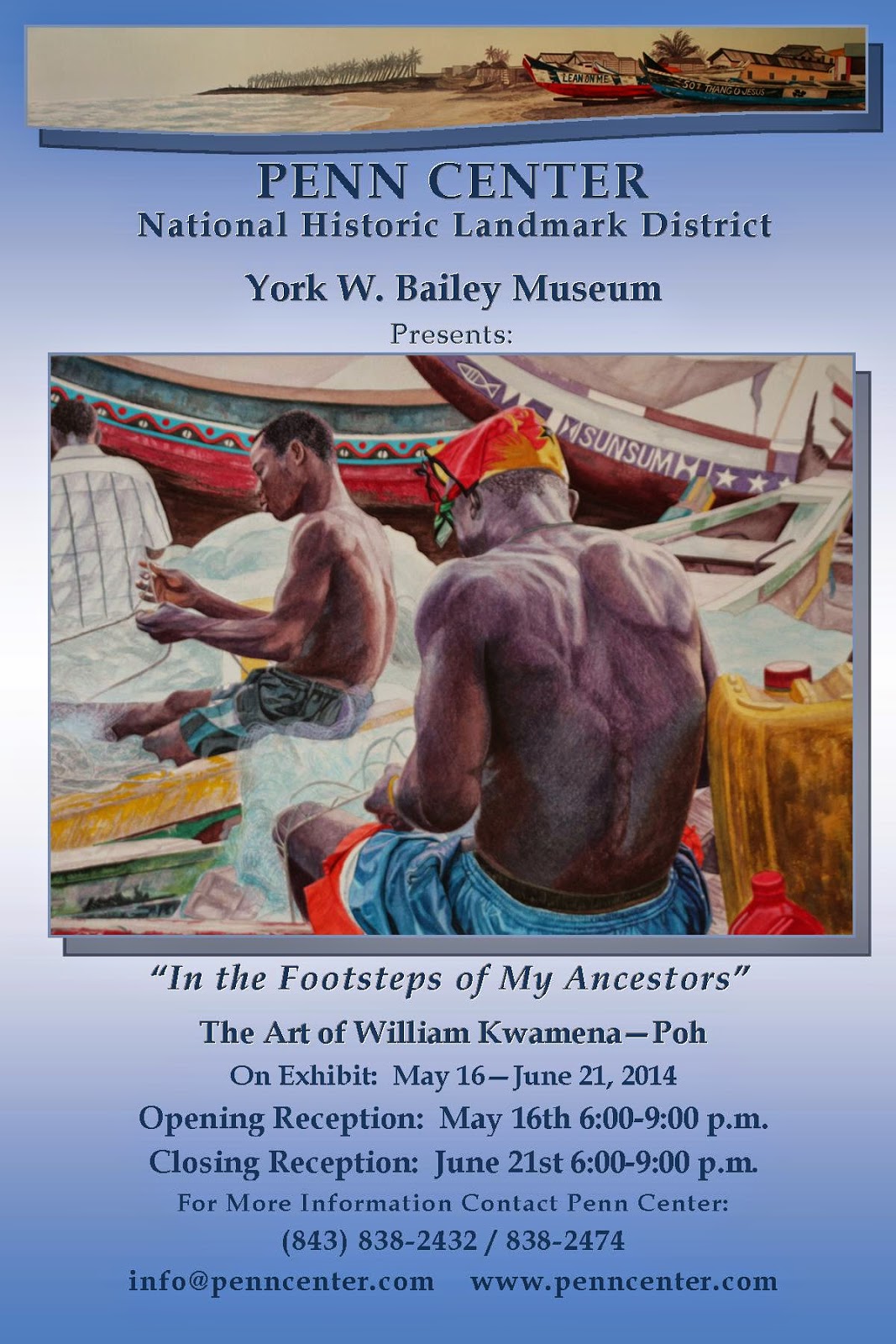 Posted by Arthur L. Dawson at 8:46 PM No comments: