US Copyright Office says "the art world is becoming less an exclusive club and more a general market"
In a report published on Friday, the US Copyright Office has encouraged Congress to consider enacting a resale royalty, or droit de suite, for visual artists. The recommendation, which is the result of a year-and-a-half-long review, is a volte-face for the organisation. In 1992, when it last considered the subject, the office was “not persuaded that sufficient economic and copyright policy justification exists to establish droit de suite in the United States”.
See also:
Several factors contributed to the reversal, the office wrote in its 124-page report. First, the art market has grown exponentially since the early 1990s (from around $9.7bn in 1991 to $59bn in 2012). “The art world is becoming less an exclusive club and more a general market,” the office writes. Second, the increase in online art databases and analytics makes it easier to predict how a resale royalty might affect the art market as a whole. Most importantly, more than 40 foreign countries have adopted a resale royalty provision since 1992, including the United Kingdom and the European Union. Studies show that “the adverse consequences predicted in the 1992 report”—including a loss of market share in the global auction business, decreased incentive for artists to produce new work and a negative ripple effect on the primary market—“have not materialised for countries who have adopted droit de suite”. Because it is still unclear exactly how a resale royalty might affect the art market, the copyright office recommended that the royalty only be applied proactively and only for the duration of the life of the artist. The estates of deceased artists like Picasso, for example, would not benefit from the proposed royalty. This differs from the European model, where droit de suite is applied for the artist’s life plus 70 years.The office’s recommendations are timelier than ever. A revised bill for the Equity for Visual Artists Act, which would enact a resale royalty for visual artists in the US, is due to be introduced in the Capitol in January. The new legislation, which succeeds a 2011 version that stalled in Congress, proposes a slight reduction in the amount that would be put aside for artists when their work is resold at auction, from 7% to around 5%. The copyright office recommends that figure be reduced further, to 3% to 5%, bringing it in line with Europe, where the fee is calculated on a sliding scale starting with a maximum of 4%. Speaking at an event hosted by the International Foundation for Art Research (Ifar) last month, Congressman Nadler, who is sponsoring the bill in the House, said the new legislation would only apply to auction houses, to eliminate any additional opposition from dealers. However, the Copyright Office recommends the royalty be applied to commercial galleries and private dealers as well as auction houses, in order to ensure the maximum number of artists benefit from the scheme. “A law limited to public auction transactions would exclude vast numbers of artists from royalty eligibility given that fewer than half all art sales are made through public auction,” the office writes.
Posted by Arthur L. Dawson at 4:17 PM No comments:

Street protest in Cairo in 2011 by Arnold Faud
One of the largest surveys of Activist Art in recent years, the Berlin biennial in 2012, was not very well received. The Artur Zmijewski-organised show was roundly criticised for inviting protestors to “occupy” the KW Institute for Contemporary Art in Berlin, which many believed made a spectacle out of social struggle. Now, the Zentrum für Kunst und Medientechnologie (ZKM) in Karlsruhe, Germany, is taking another stab at the topic with “Global Activism”, organised by the museum’s director, Peter Weibel. Unlike political art, Activist Art “doesn’t happen in the traditional domain of art,” Weibel says. “It has no product that can be sold nor easily be exhibited in galleries and museums.” Instead, Activist Art revolves around documents, blogs, videos, magazines, etc. Thus the definition of art is turned on its head, with the curator rather than the artist establishing the artistic intent behind an activity. The approximately 200 objects on show come from nongovernmental organisations such as Greenpeace, protest movements such as ­Occupy, websites such as Wikileaks, and a host of blogs, including Actipedia, Visualising Palestine and Anon News. They will be shown alongside works by more traditional artists such as the photographer Taryn Simon, the Berlin-based Thomas Kilpper and the Turner-prize winner Mark Wallinger, whose recreation of Brian Haw’s protest camp originally in London’s Parliament Square, State Britain, 2007, will be a highlight. Pieces by the punk rock group Pussy Riot will also be on show. The expansion of art’s boundaries in the 1960s elevated everyday actions to the status of art. Weibel says: “Everybody was an artist; smoking a cigarette or not smoking one, could be called art.” And so, he says, books such as Julia “Butterfly” Hill’s account of living in a Redwood tree for 738 days, have a legitimate place in an exhibition. But the impetus for the show is the rise of mass uprisings in the Arab world and Turkey, which have shown that established systems of power can “at least for a short moment in history” be interrupted. “There are more and more non-governmental institutions,” Weibel says. “This is evidently because people feel that human rights and the environment are no longer protected by the government anymore, but might actually be threatened by it. What we are seeing now is a dynamic modern democracy, not created through normal parliamentary dynamics but through people going on the street and protesting.” Julia Michalska Global Activism, ZKM, Karlsruhe, 14 December-30 March 2014 Categories: Thematic
Posted by Arthur L. Dawson at 8:04 PM No comments: 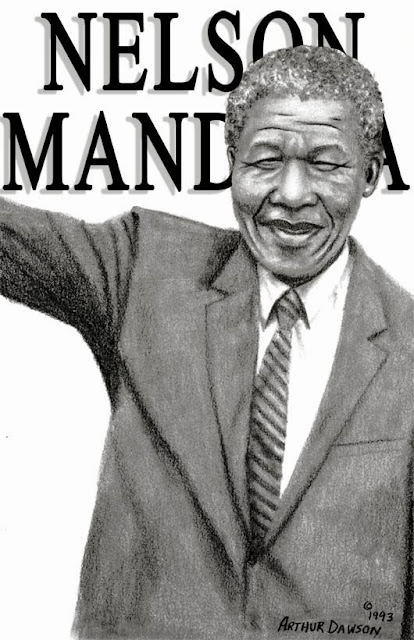