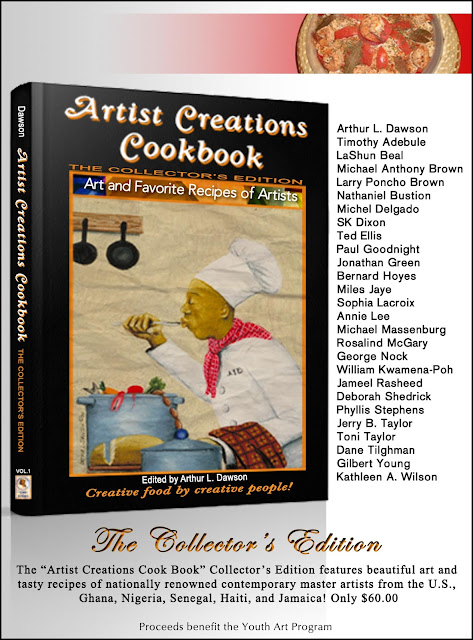 Posted by Arthur L. Dawson at 8:59 AM No comments:

Queens Museum to double in size

Rendering of interior of Queens Museum. Image: Courtesy of Grimshaw and the Queens Museum
The Queens Museum of Art in New York is set to reopen on 11 October after a two-year, $65m renovation that will double its size. The expansion adds an additional 50,000 sq.ft of exhibition, education and office space as well as eight new artist studios. On 3 June, the museum closed to the public for the summer to complete the project.
“If we had a one-word mission statement, it would be ‘openness’, and that’s what we’ve tried to achieve with this building,” the museum’s executive director Tom Finkelpearl told The Art Newspaper. The east wall of the new atrium is made almost entirely of glass and offers an expansive view of the neighbouring Flushing Meadows Carona Park. Rather than create a labyrinth of rooms to maximise wall space, the designers, Grimshaw Architects, left much of the floor plan open to accommodate performances, freestanding sculpture and traffic flow. The cavernous space —a converted ice skating rink—houses just six walled-in galleries, all covered with porous aluminium airfoils to diffuse incoming natural light.
The design is fitting for a museum with a collection that Finkelpearl calls “quirky”. Its holdings include the world’s largest scale model of New York City, a relief map of New York’s water supply system and a large collection of Tiffany glass. Until now, Finkelpearl says, the museum hasn’t always had enough space and material to entice visitors to make the trip from Manhattan or Brooklyn to Queens. “You need to have a decent ratio between travel time and time spent at the museum,” he explains. “You need two hours’ worth of stuff. We believe that between the collection and our exhibition programme, we’ll soon have more than enough to keep people occupied.”
The museum’s inaugural exhibitions include the first solo museum presentation of Bread and Puppet Theatre founder Peter Schumann and a performance and sculpture exhibition by the Mexican artist Pedro Reyes, who took inspiration from the building’s history of hosting the UN General Assembly between 1946 and 1950.
For three days in November, Reyes will hold a mock assembly of the United Nations in the museum’s atrium. Artists, writers and others from the 193 member states will debate pressing international issues such as the drug trade. The sessions—half public, half behind closed doors—will be led by experts in alternative conflict resolution, including facilitators from the avant-garde Brazilian performance group, Theatre of the Oppressed.
After the UN performance, Reyes will install five new sculptures that also examine war and peace, including a drone with the wings of a dove. “It will be a fantastic grouping of classic Modern sculptures, each with an absolutely un-Modern symbolic twist,” says Larissa Harris, the exhibition’s curator.
The museum’s programme in the new space will retain a close connection to the history of Queens and the social issues relevant to its residents, Finkelpearl says. “We have community organisers on staff and we offercourses in native tongues to adult immigrants,” he notes. “We believe there are values to be learned from community centres. But community centres don’t spend millions of dollars on the quality of light in the gallery.”
Rendering of exterior of Queens Museum. Image: Courtesy of Grimshaw and the Queens Museum
Posted by Arthur L. Dawson at 1:17 PM No comments:

Early 20th-century revolutionary Mexico is characterised by chaos, despondency and bloody civil war, but it also unleashed a surge of artistic production. The revolution began in 1910 as an electoral movement to overthrow Porfirio Díaz and his 30-year presidency, igniting a period of armed warfare.

The relatively stable governments of the 1920s introduced reforms that promoted literacy, nationalism, citizenship, hard work but also violent repression of Catholicism and other dissidents. Art was enlisted to serve Mexico’s revolutionary cultural transformation and Mexican Muralism was born.

Adrian Locke, the curator of “Mexico: a Revolution in Art, 1910-40” (6 July-29 September), persuaded the Royal Academy “to take on a show that perhaps they wouldn’t normally do” (the RA’s only other exhibition on Latin American art was in 1974). In Mexico, artists began to “experiment with nationalist images” and “Modernism takes a different direction altogether; it becomes much more polemic and political”, Locke says.

“I think something can be learned by looking at art being made in Mexico at the time, and seeing what role, if any, it plays in the progress of Modern art.” The show features Mexican Social Realist works never before seen in the UK, such as Diego Rivera’s Dance in Tehuantepec, 1928, and work by Francisco Goitia, a lesser-known artist on the staff of the revolutionary general Pancho Villa, who documented decomposing bodies left after public hangings.

However, slightly fewer than half of the works on show are by Mexicans. Locke says: “The exhibition works in two parallels: one is the Mexican art being produced at the time, and then there are the Europeans and Americans who come and respond to what they see, and sometimes influence the direction that art takes...

The idea is to show how Mexico attracted these significant artists.” Laurie Rojas Categories: Thematic Modern (1900-1945)
Posted by Arthur L. Dawson at 2:38 PM No comments: